Depicting the head of a Welsh pony, Cadwyn was sculpted by Becky Turner and introduced in fine bone china in 2011. It is a fairly large medallion, measuring approximately 4" tall.  Cadwyn was a truly international effort.... commissioned by Thomas Bainbridge Studio,  cast in the UK by Donna Chaney of Animal Artistry, and finished by Joanie Berkwitz of the Pour Horse!  Joanie finished a total of eight medallions in 2011 and finished a total of twelve more in 2015. Click on the pictures below for larger views. 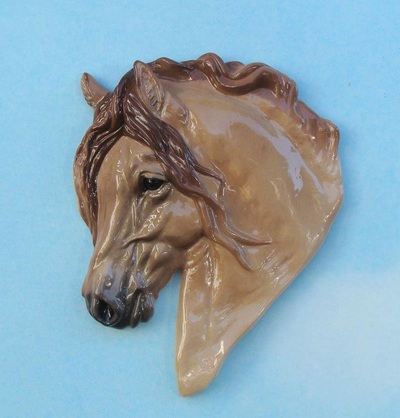 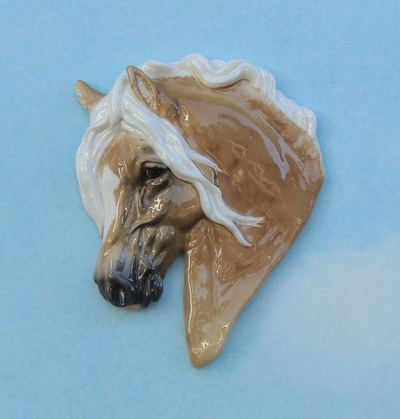 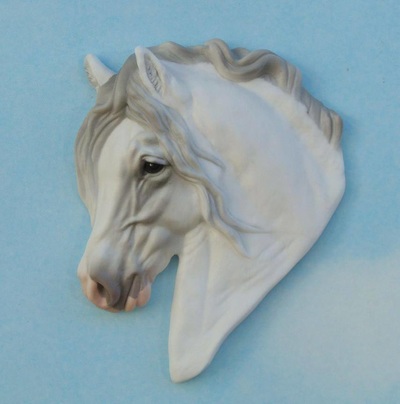 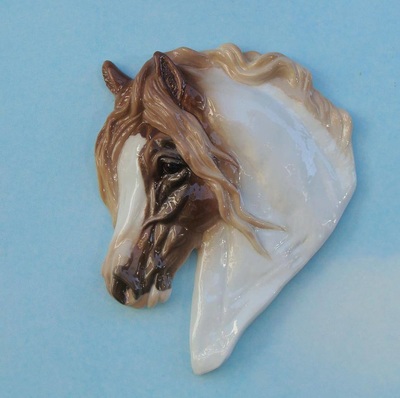 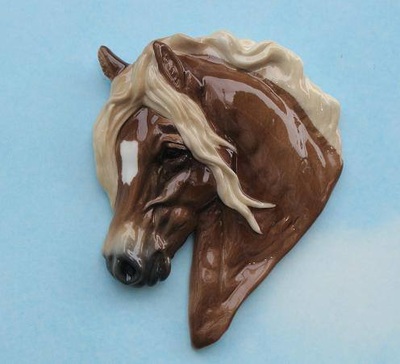 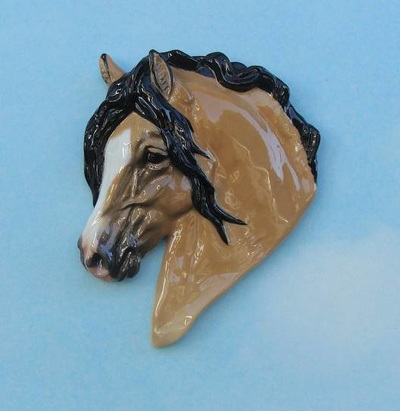 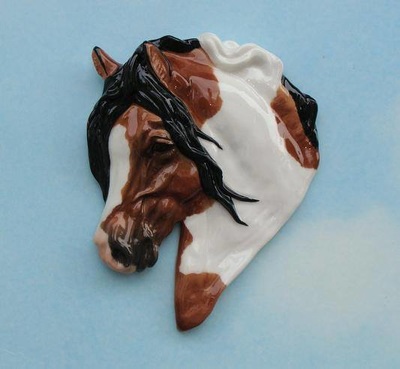 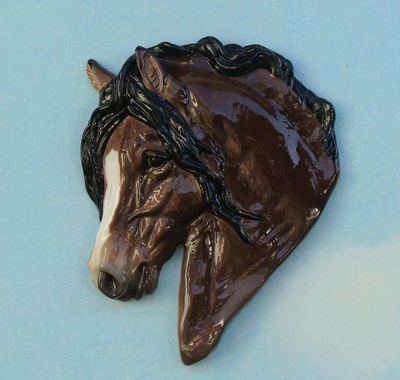 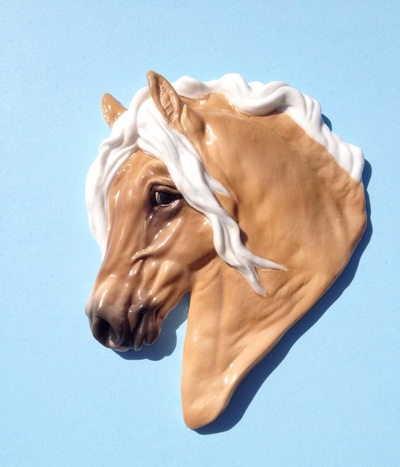 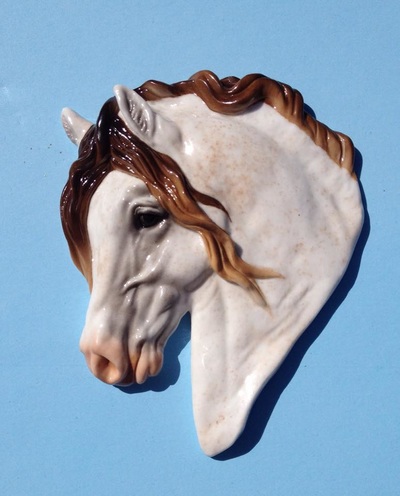 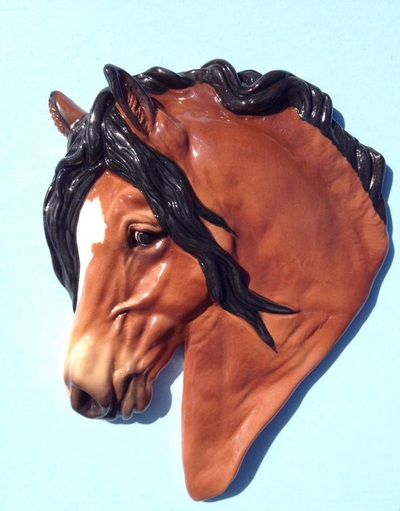 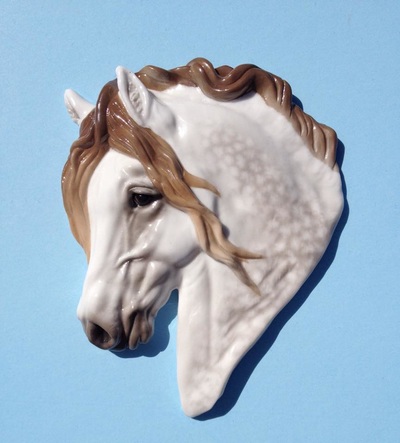 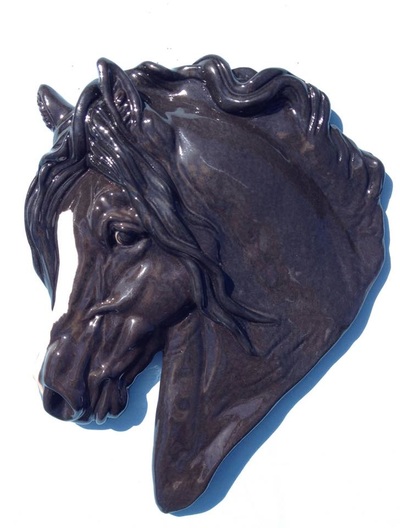 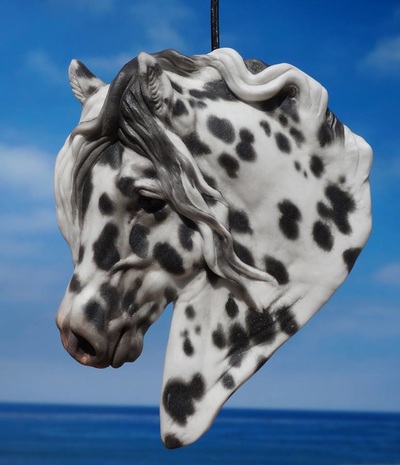 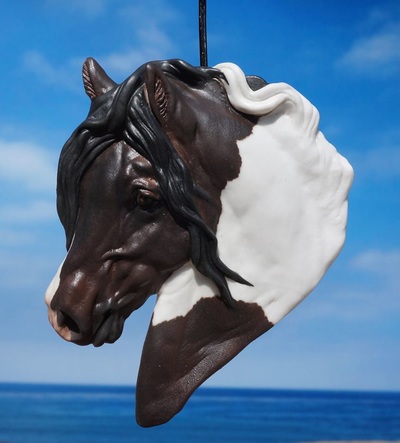 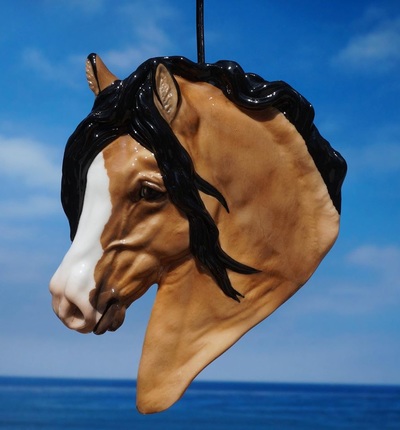 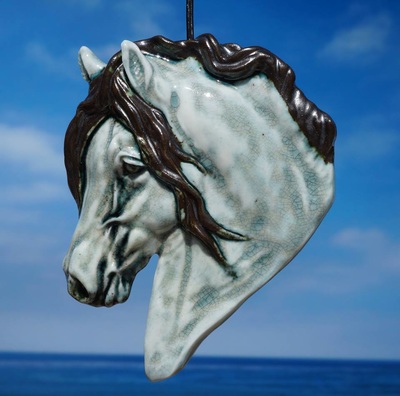 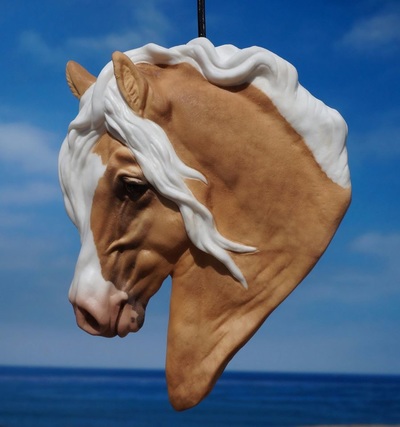 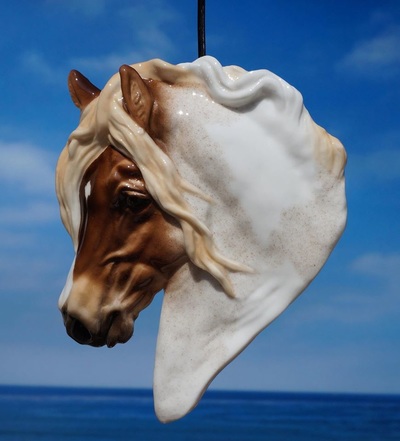 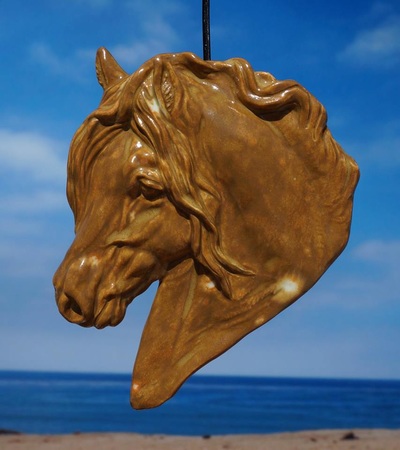 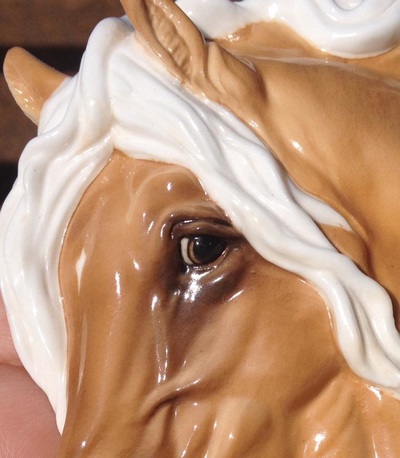 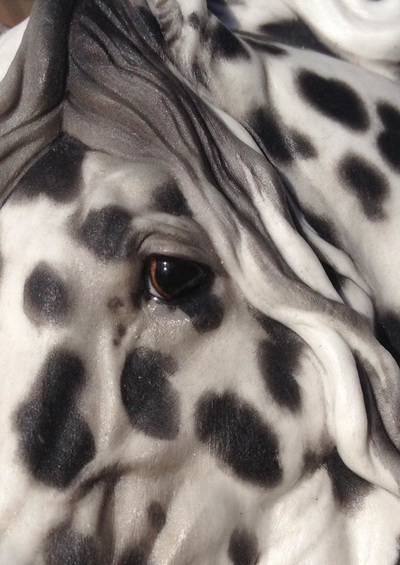