Imp was sculpted by Sarah Minkiewicz-Breunig and represents a non-specific light breed foal, the baby of her two earlier sculpts, Taboo and Vixen. In 2008 Lesli Kathman of Blackberry Lane Studios originally purchased the rights from Sarah to produce Imp in ceramic, and around that time Joanie finished two Vixen and Imp sets, a rose grey Vixen/chestnut Imp and a sooty palomino Vixen/buckskin Imp, which she sold at online auction. In 2014 Joanie purchased the rights from Lesli to make a one-mold run of Imps. Usually twenty to thirty pieces can be cast from a mold before it wears out, but since Imp's breakage rate in the greenware state was so high, considerably fewer pieces than this were made. Imp is 1:32 scale, or in plastic model horse terminology, Stablemate or Chip scale, and is easily the smallest horse that Joanie has ever made. 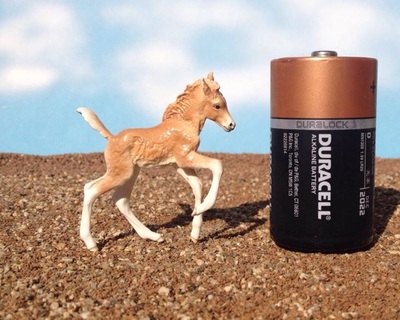 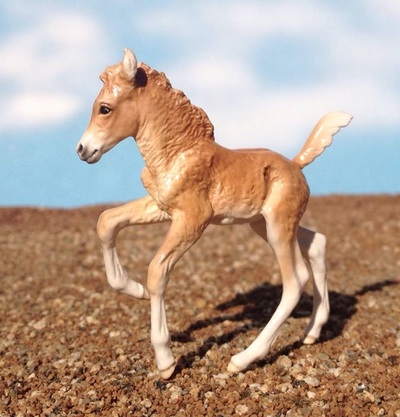 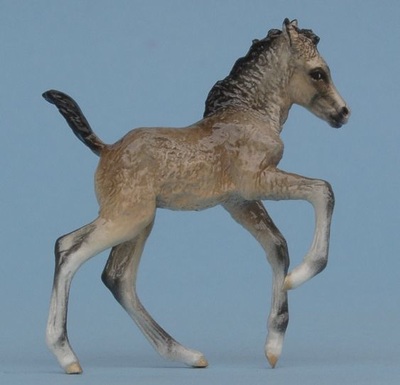 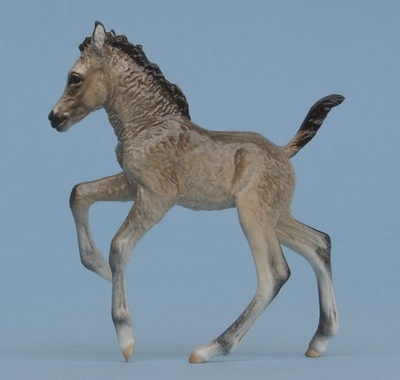 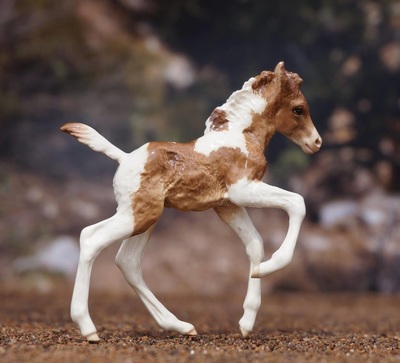 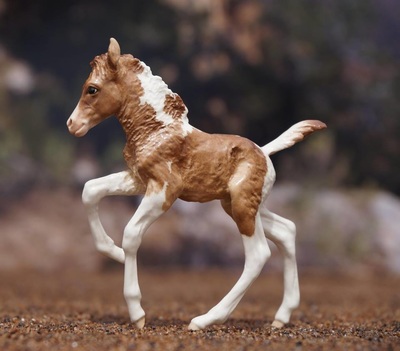 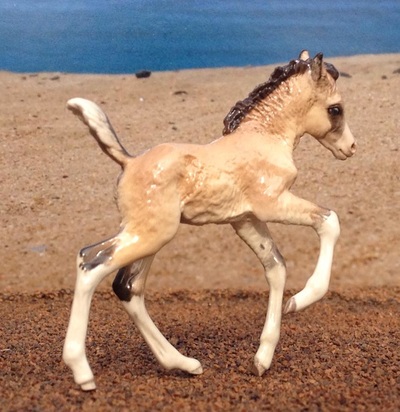 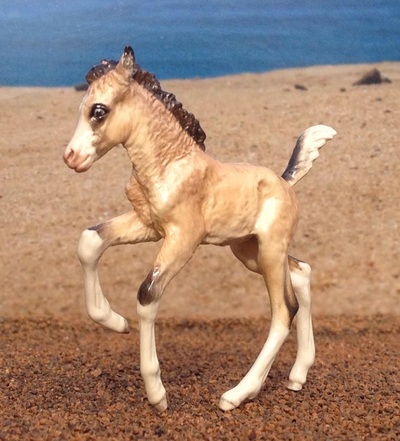 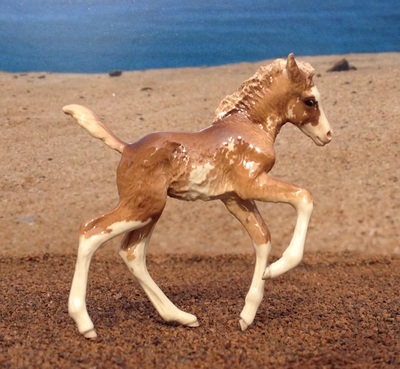 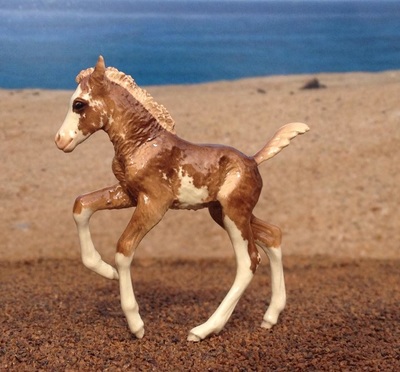 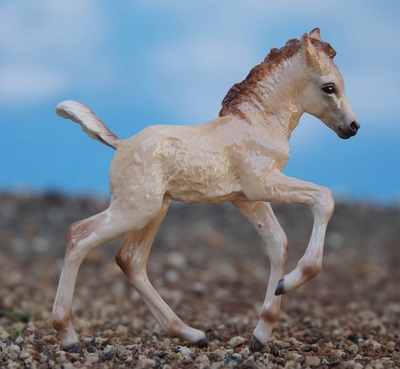 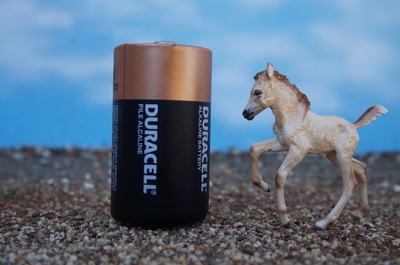 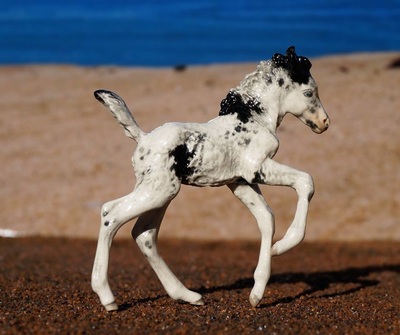 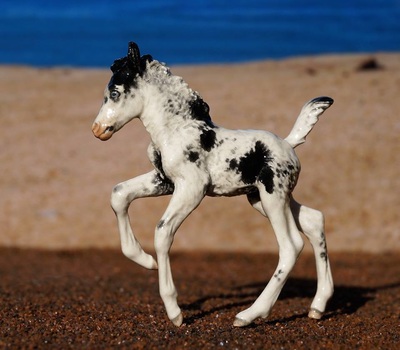 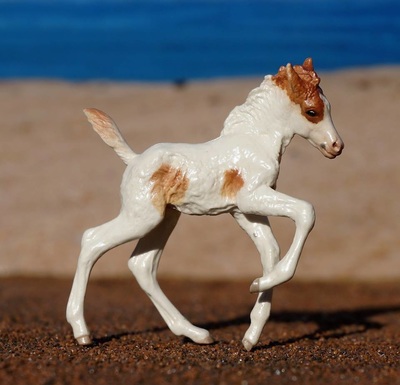 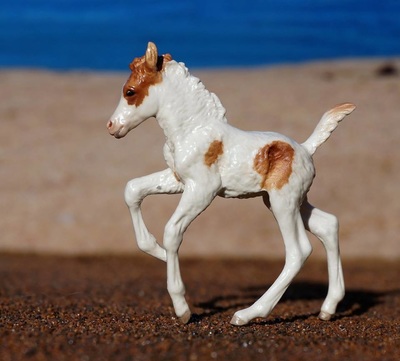 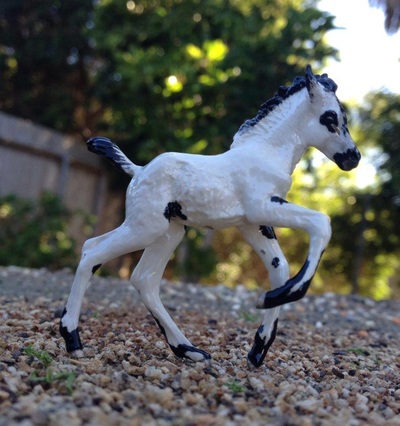 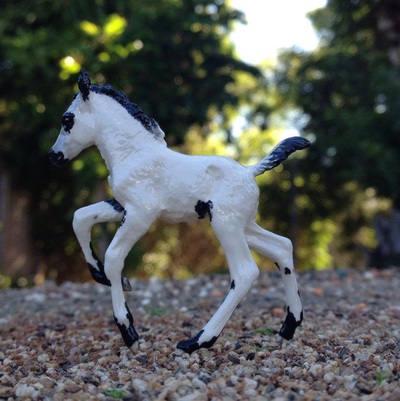 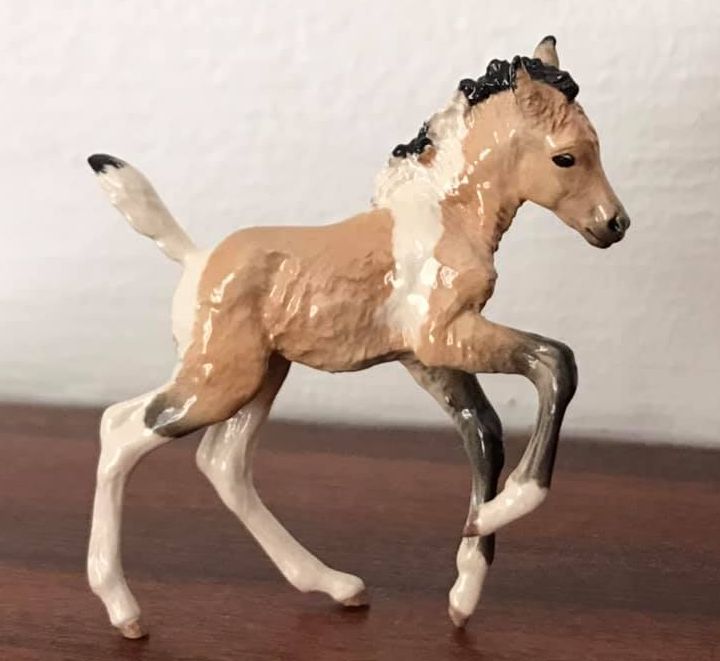 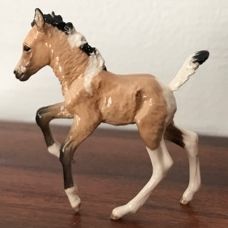 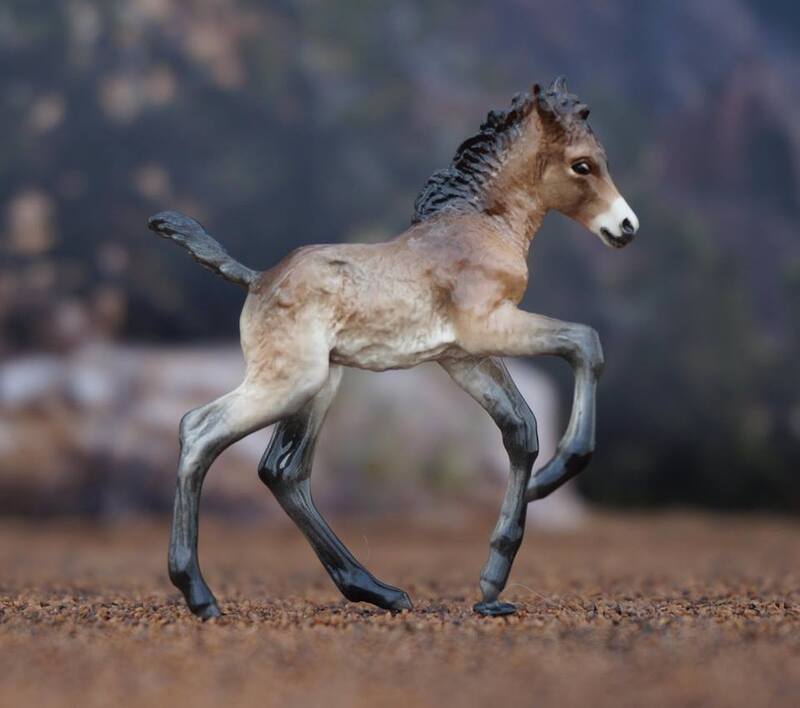 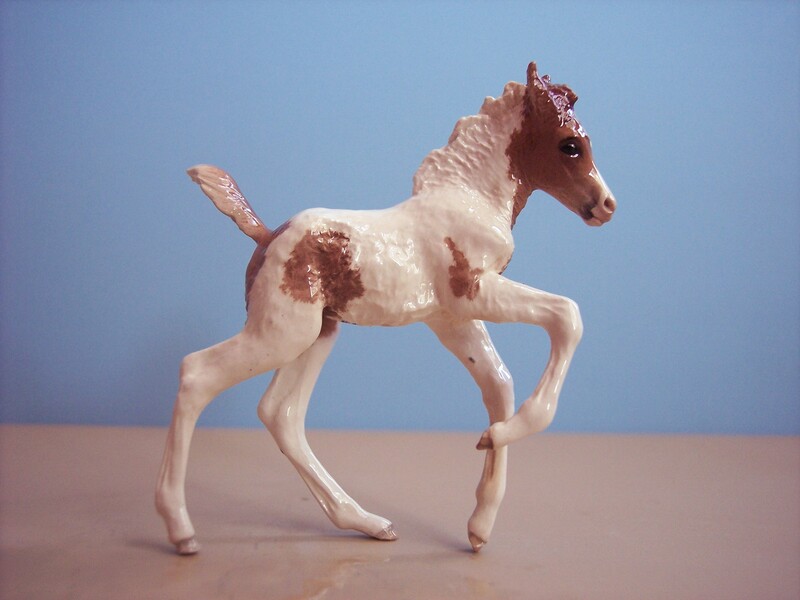 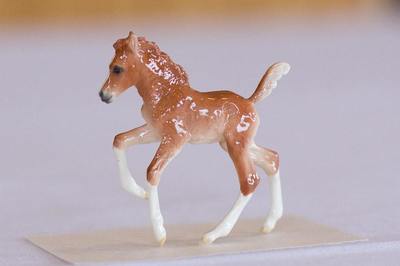 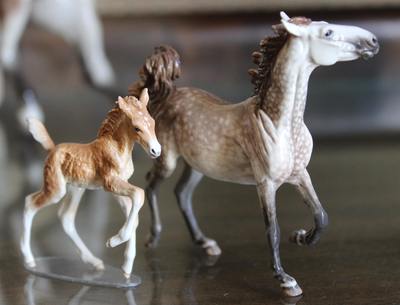