Several items of Pour Horse giftware were inspired by Joanie's own critters: American Eskimo dogs, Casper, Yasha and Bear; and parrots Maia and Haiku.  Joanie sculpted the Casper ornament herself and in 2004 released an edition of 25 pieces in earthenware ceramic. Most of these were gifted to friends and family, though a few were offered for sale to known avid tchotchke collectors. A couple have been claybody customized. Adalee Velasquez Hude sculpted the Casper pin, a single dog head looking to the left, in 2006; she sculpted the Bear and Yasha pin, a pair of dogs sitting cuddled together, in 2008. The run number on these is unknown. Joanie also sculpted the parrot ornament in 2010, exact numbers are unknown. Click on the pictures below for larger views. 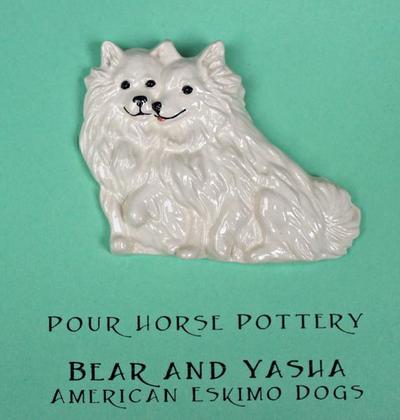 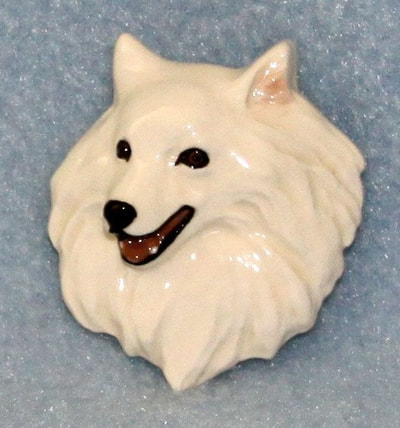 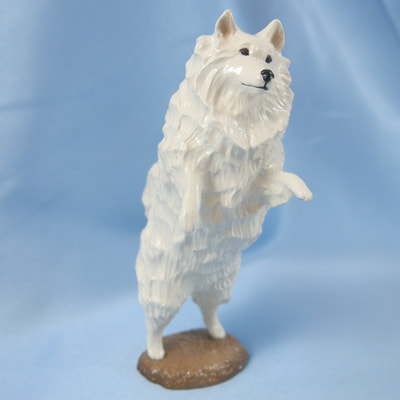 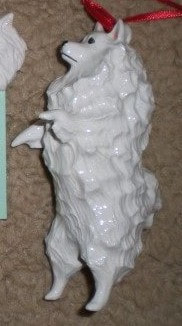 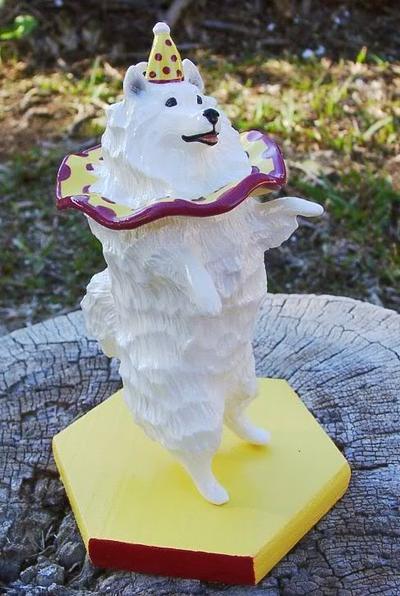 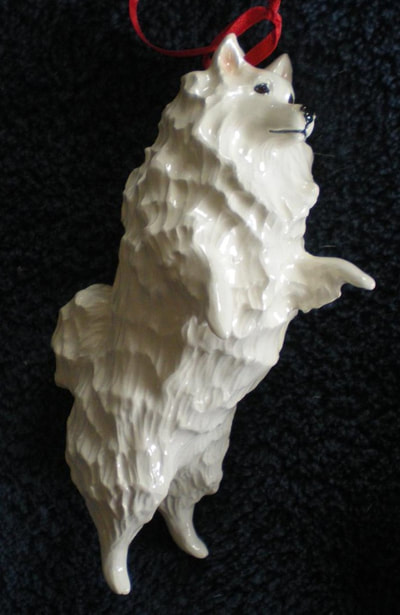 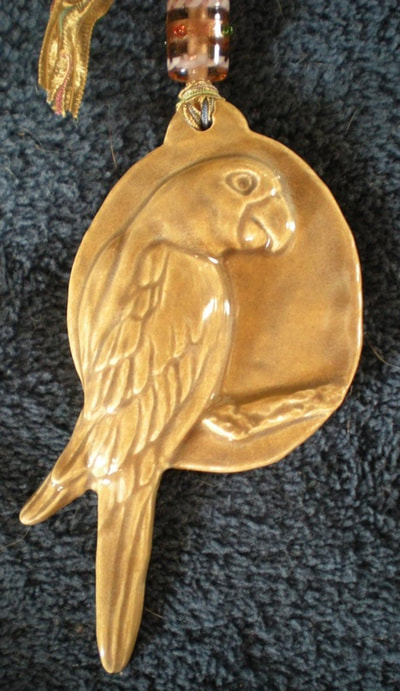 Photos of Casper on black background and tan carpet are by L. Dean, as is the photo of the parrot ornament. Photo of Bear and Yasha pin by B. Ness; photo of Caspar pin by M. Jensen. Photo of Casper with hat on base is by Joanie.