Knut was sculpted by Kristina Lucas Francis and introduced in earthenware ceramic in 1997. He is 1:9 scale or Traditional Breyer scale and is a portrait of the real Fjord stallion N-W-057-S, whose owner, Henry "Jack" Johnson, Kristina met through her mother's involvement with the Sons of Norway. A run of 30 brown duns was produced and sold via lottery; a handful of custom glazed pieces was made as well. The piece used in the photo shoots for the Pour Horse flyer was later glazed to a base and given as a gift to the King of Norway. Click on the pictures below for larger views. 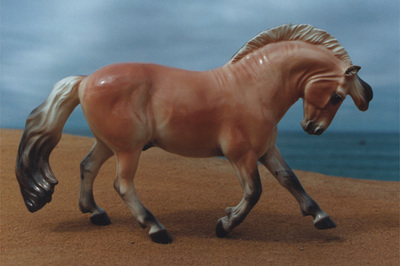 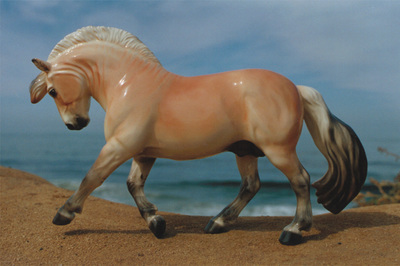 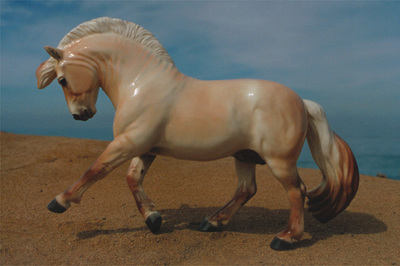 Left, a dark variation of the original finish brown dun; center, the promo piece later attached to a base and given to the King of Norway; right, a red dun custom glaze. 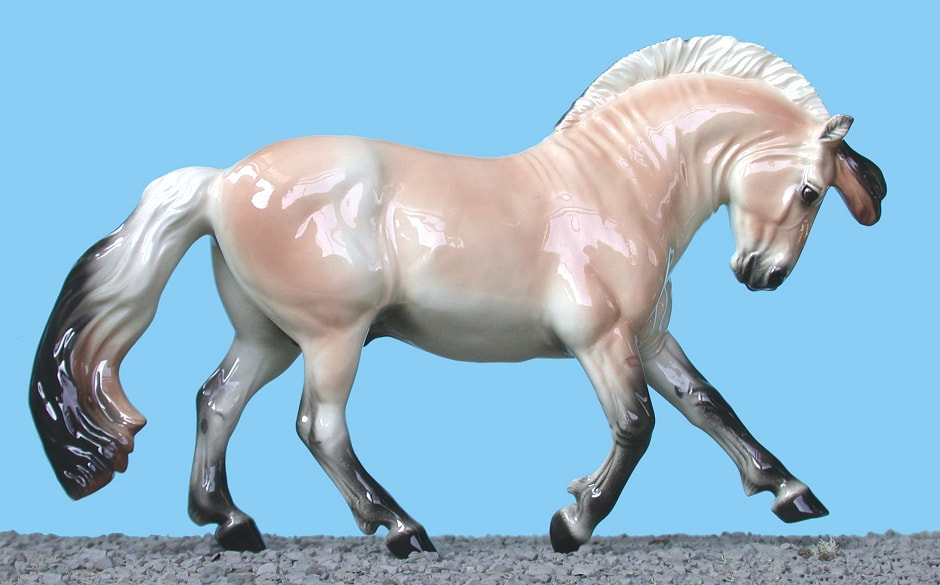 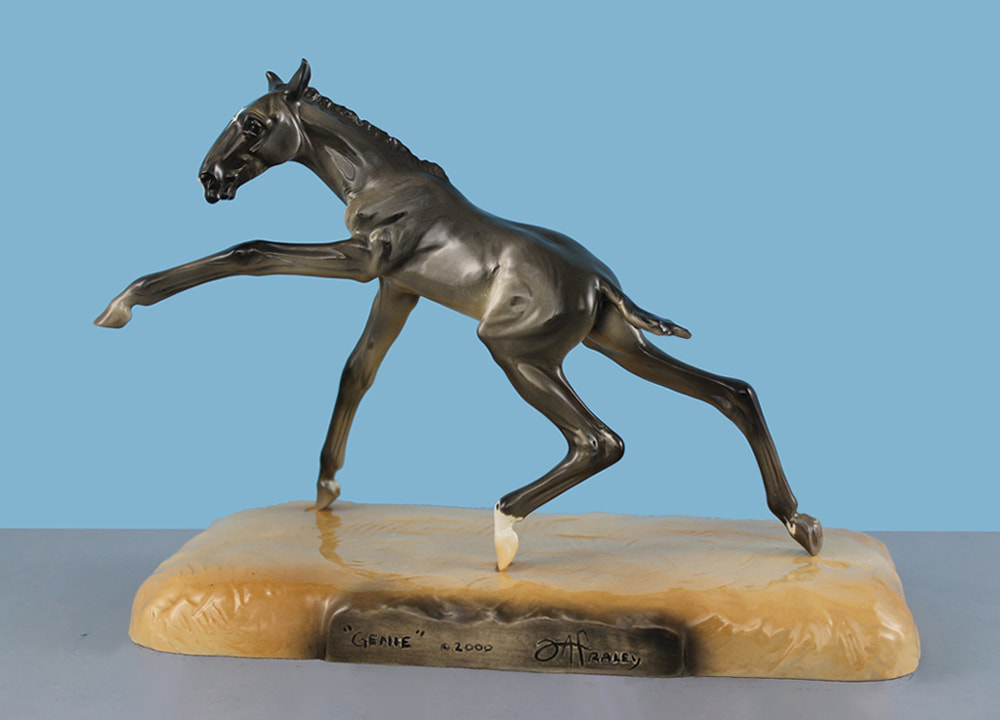 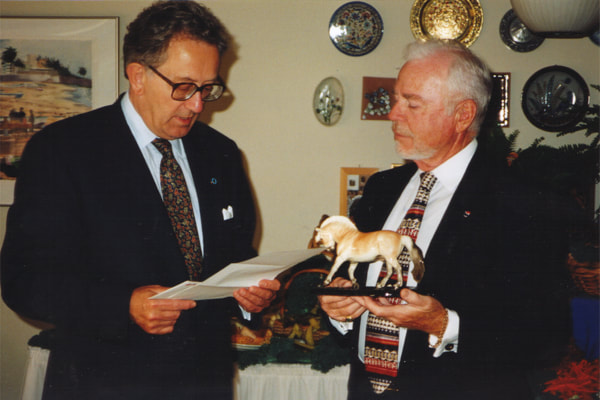 Above and center, a beautiflul original finish Knut: right, the presentation to the King of Norway.
Photos on seashore by Joanie Berkwitz, photos against solid blue background by L. LaRose; photo of King of Norway, unknown.