Kulfi was sculpted by Kristina Lucas Francis and introduced in earthenware ceramic in 1997.  He is 1:12 or Breyer Classic scale and represents a Marwari stallion. Kulfi was originally a collaboration between Joanie and Kristina, but Joanie later purchased the copyright outright. A resin run was also produced by DaBar. Kulfi is named after a popular frozen dessert on the Indian subcontinent. Kristina sculpted the foal Kheer, also named after an Indian dessert, to be a companion piece. Click on the pictures below for larger views. 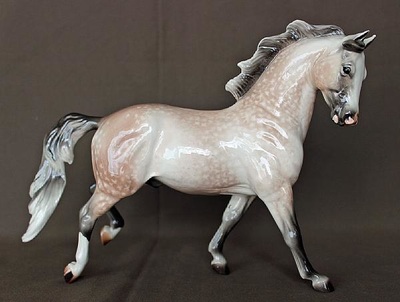 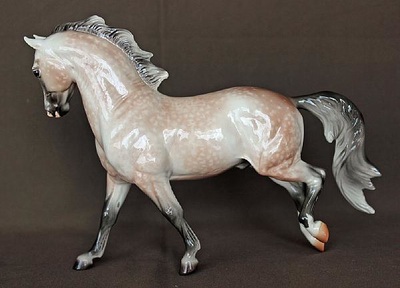 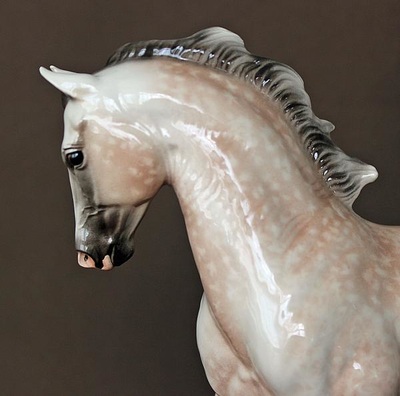 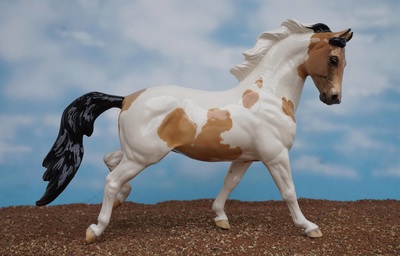 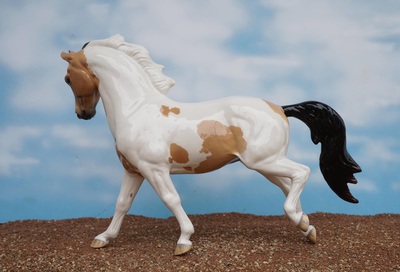 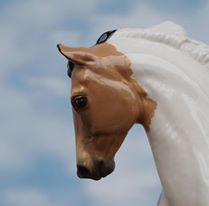 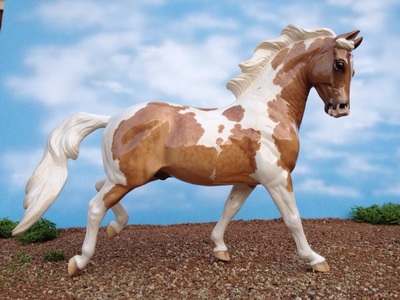 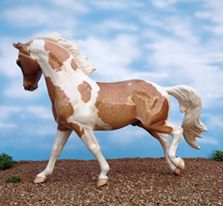 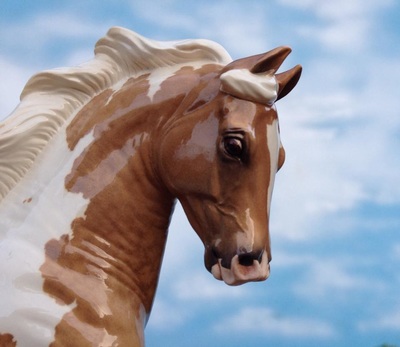 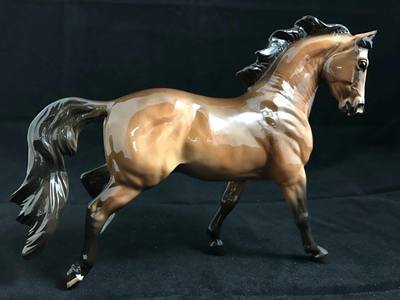 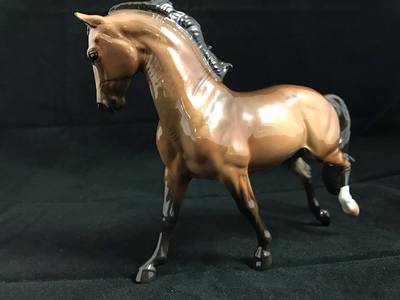 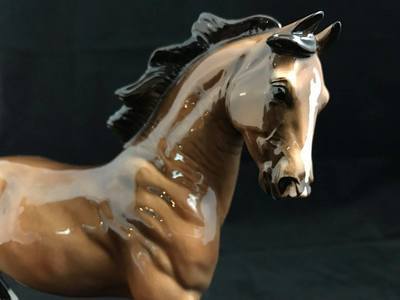 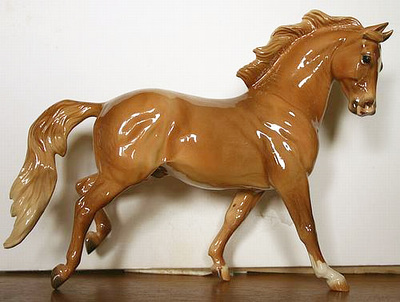 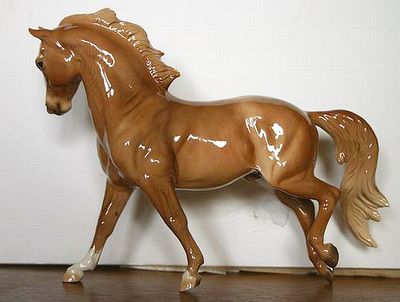 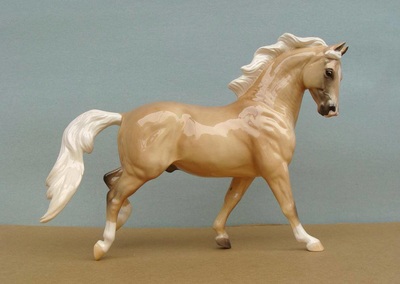 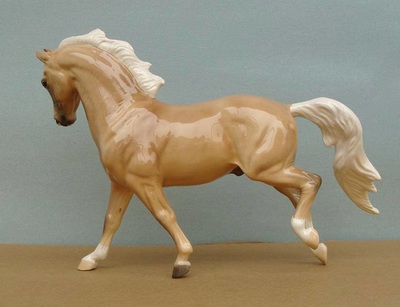 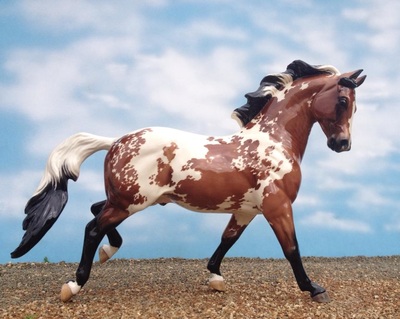 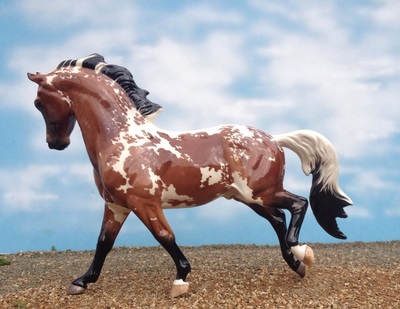 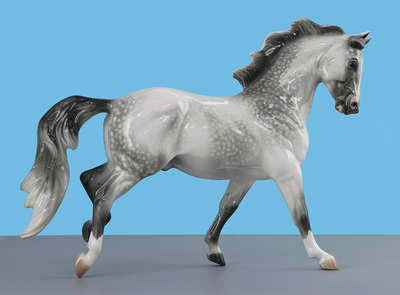 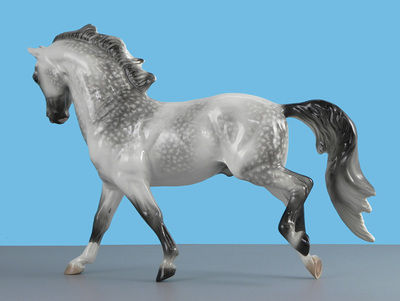 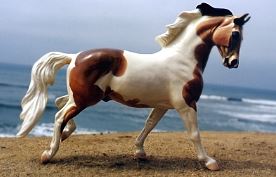 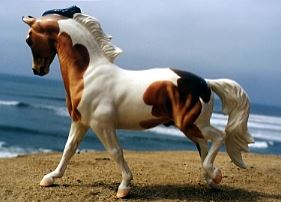 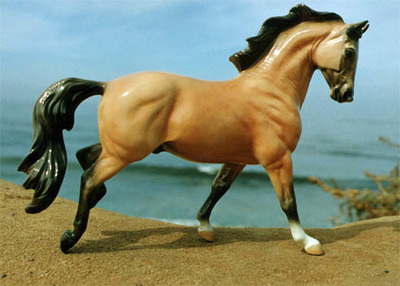 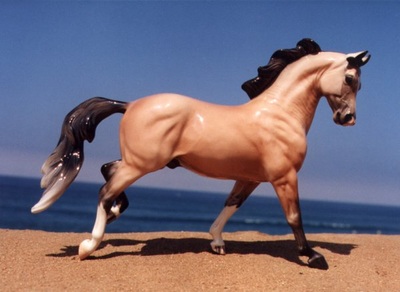 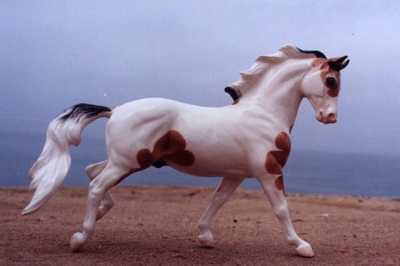 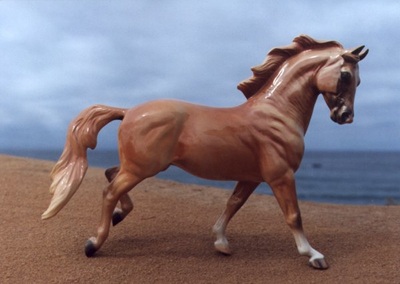 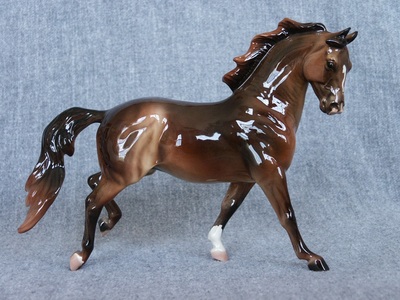 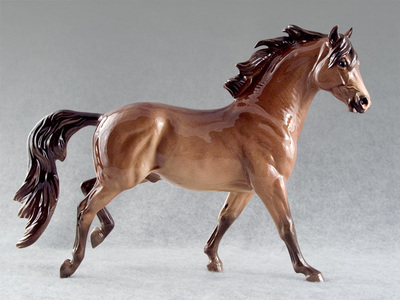 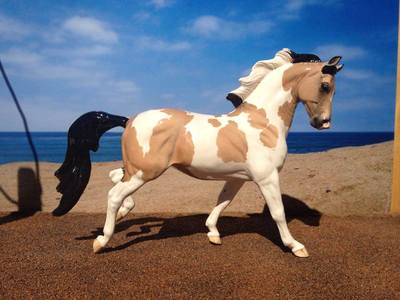 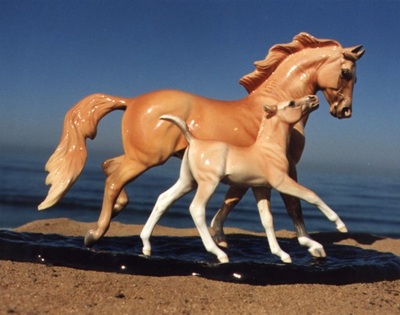