The plaques, tiles, and medallions on this page only exist in a handful of examples or have been so recently released that there are not yet many pieces in the hands of collectors. As more examples of each release are produced or come to light, pages for individual releases will be added. Pieces are listed from most recent at the top of the page and oldest towards the bottom. 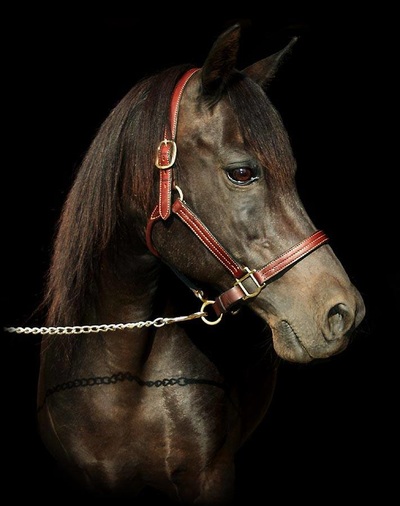 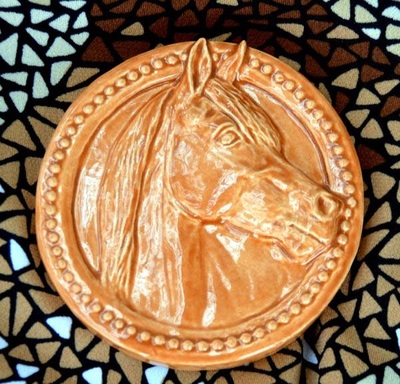 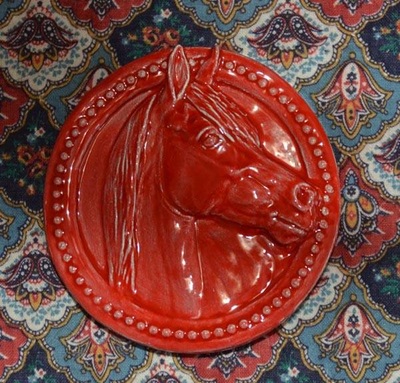 Maddy Medallion, sculpted by Laura Behning as a portrait of her Morgan mare Maddy. Twelve medallions were made as prizes for the Champions and Reserves of the Custom Glaze Division of Laura's 2016 Southern Model Horse Convention. 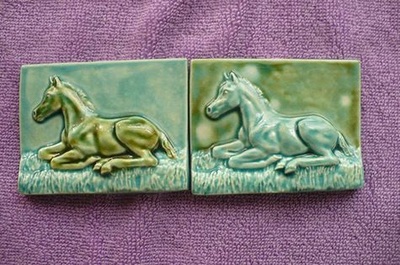 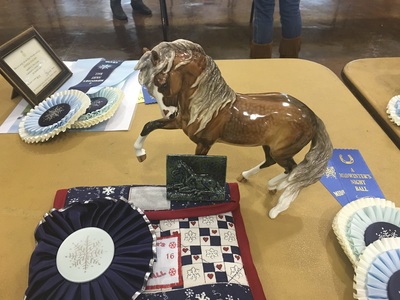 Lying Down Foal Tile, sculpted by Laura Behning in 2014. The green and  beige tiles on the far left are awards from her Southern Model Horse convention in 2014. The two on the purple background are awards from the Circle C Classic in late 2015,  and the dark green tile is from the Midwinter's Night Ball in 2015. Joanie says there are other colors out there. 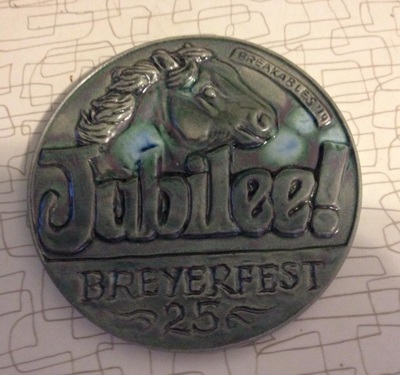 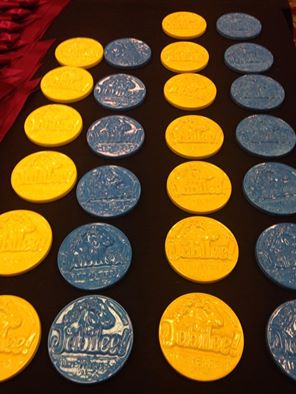 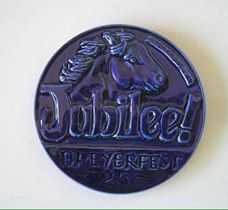 Breakables 2014/Breyerfest 25th Anniversary Medallion, sculpted by Karen Gerhardt in 2014. Joanie made the molds and finished the grey and green art glazed medallions, which were judge's gifts for Breakables. The flat blue and yellow ones- the colors of Breyer's current packaging- were prizes at this show and were finished by a hobbyist in Ohio. The glossy blue one to the right was finished by Karen Gerhardt. The head on the medallion represents the Breyer Icelandic Pony, the first clinky that Breyer ever released.
Photos by Joanie Berkwitz with the following exceptions: photos of Maddy, real horse and medallions, by L. Behning; photos of foal tiles on purple background, M. Myers; photo of dark green tile on show table, S. Southard; photo of MAR tile by S. Hurst.Thank you everyone!!