The Reflective and Jax medallions were sculpted by Sarah Minkiewicz-Breunig and were introduced in earthenware ceramic in 2006 and 2007 respectively. Jax measures 9.5" long and 6.75" high and represents a jumping sporthorse stallion. Reflective measures 5.5" from the tip of the nose to the back of the shoulder and represents a sporthorse looking over its shoulder, contemplating its relationship with its rider. Joanie only ever finished a couple of each of these medallions. In addition, Sarah and Lesli Kathman finished a few, and Sarah later released some Reflective medallions in bisque porcelain during her annual giftware sales. Click on the pictures below for larger views. 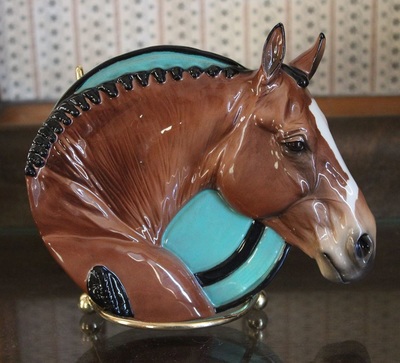 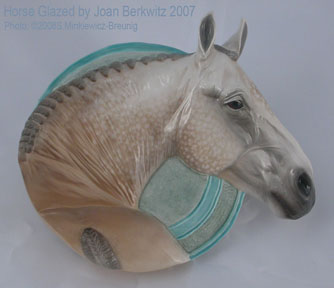 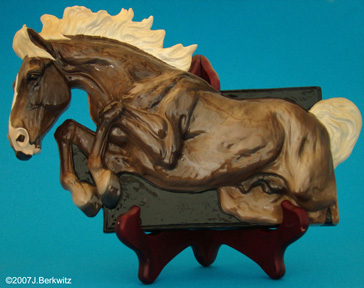 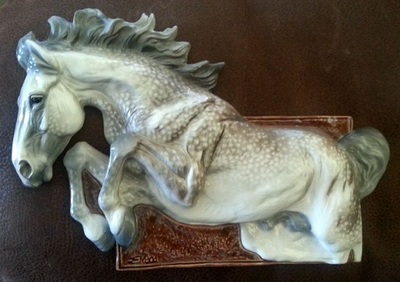