Seneca was sculpted by Lynn Fraley and introduced in earthenware ceramic in 1999. She was produced by Tom Bainbridge and Triangle Productions. She is 1:12 scale, or "Classic" scale in Breyer terminology, and represents a Mustang mare.  Joanie finished runs of 15 bay roans and 15 bay duns, as well as custom glazes in chestnut, bay, grey, and pinto. Tom and Lynn also finished several Senecas. While Joanie was working on Seneca, she discovered a technique for roaning with very fine speckles caused by running the airbrush on a very low PSI, which she has used often ever since. Seneca is named for Seneca Falls, New York, where the first Women's Rights Convention was held in 1848. Click on the pictures below for larger views. 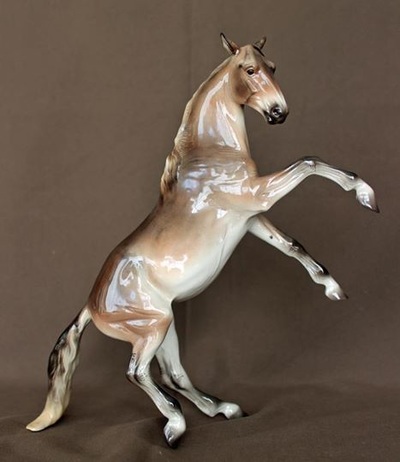 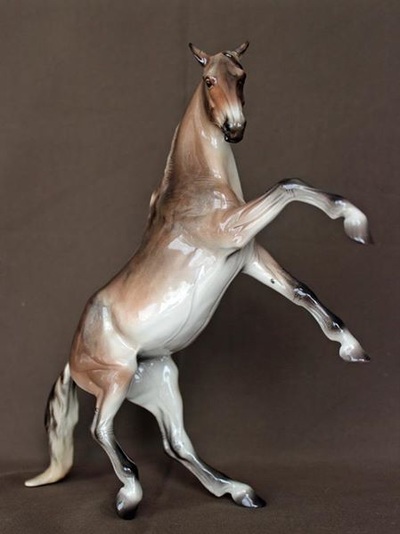 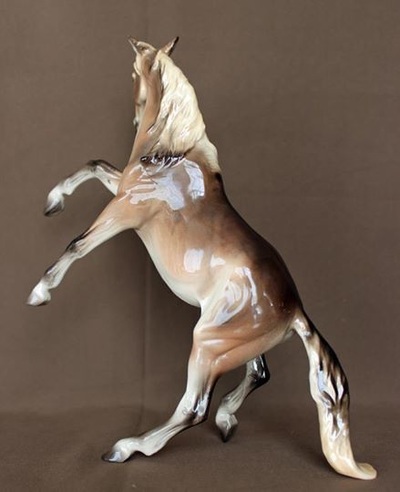 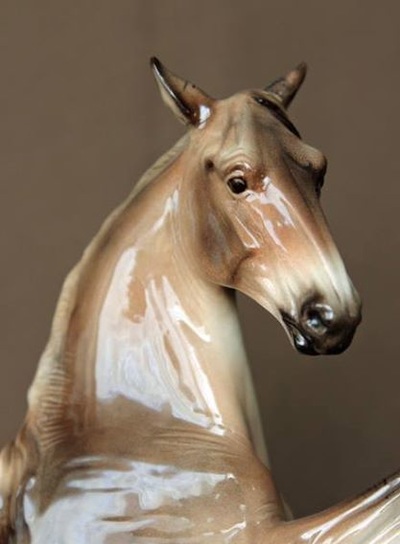 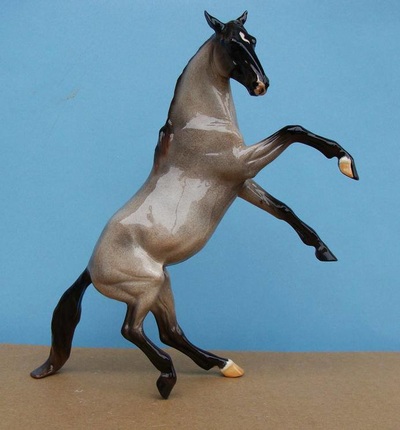 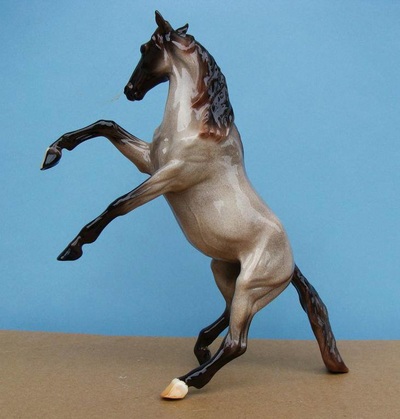 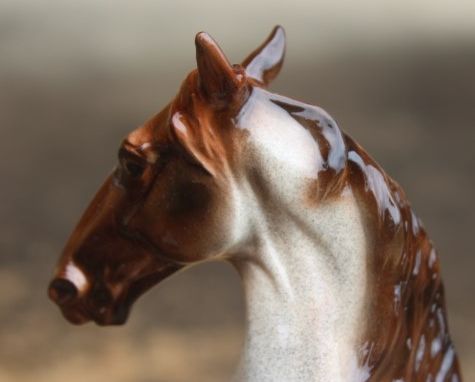 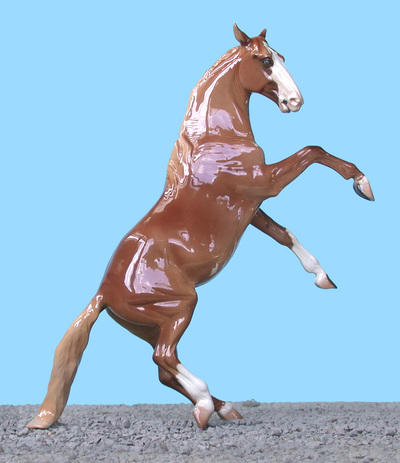 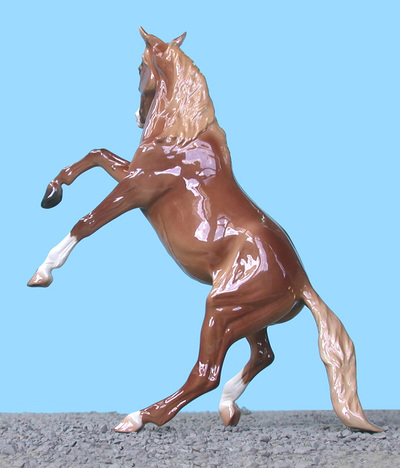 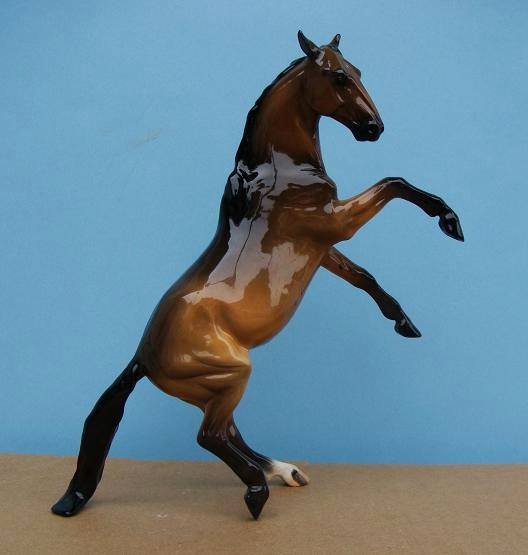 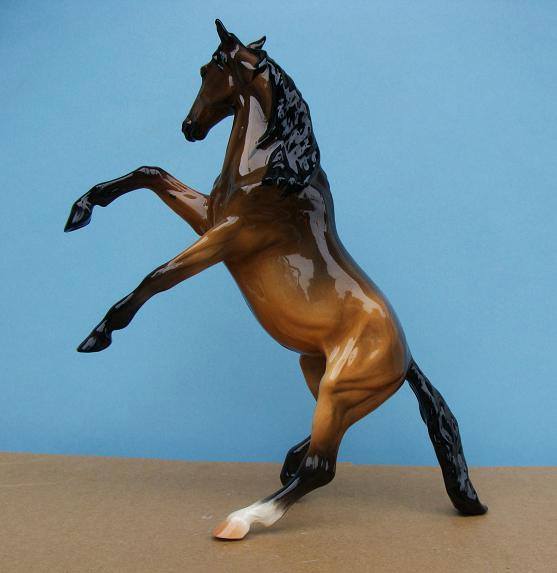 Photos by Joanie Berkwitz with the following exceptions: OF dun in top row, B. Ness; front view and head shot of roan, D. Gutzwiler; chestnut in bottom row, E. Larose. Thank you ladies!!