Tesla was sculpted by Kristina Lucas Francis and introduced in earthenware ceramic in 1999. She is 1:12 or Breyer Classic scale. Tesla represents a Fjord filly and was meant to be a baby for Kristina's Fjord horse Knut. She was originally a collaboration between Joanie and Kristina, but Joanie later purchased the copyright outright. An original finish run was planned by Kristina but never produced. Overall fewer than twenty customs were probably made. Click on the pictures below for larger views.

Test for Original Finish Run- Airbrushing by Joan, detail and glaze by Kristina 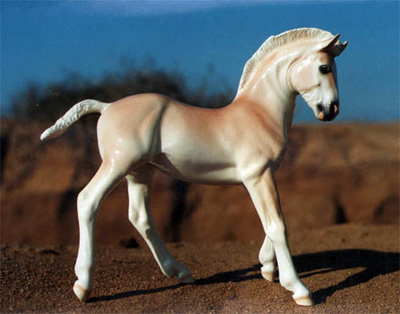 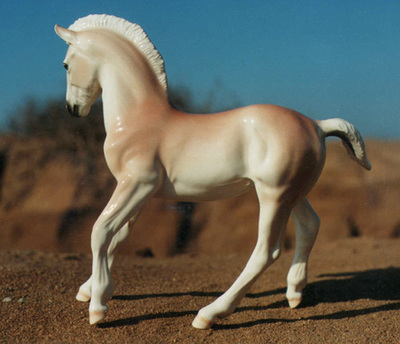 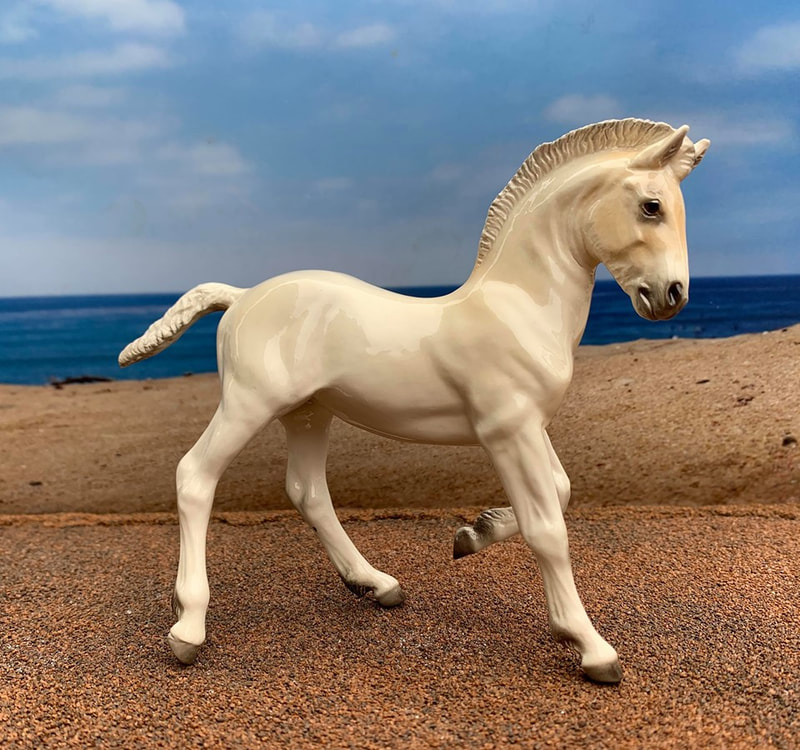 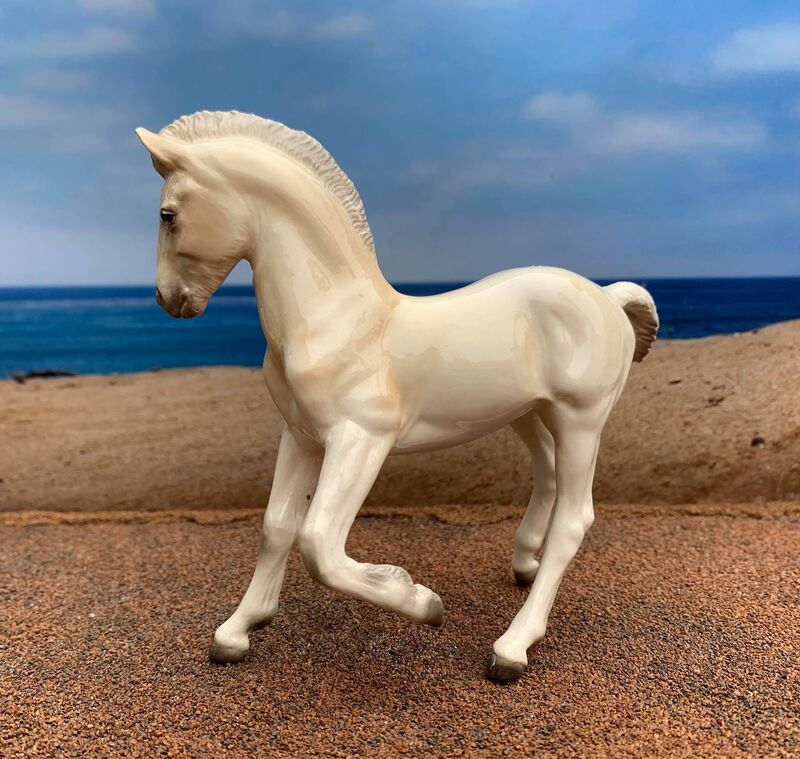 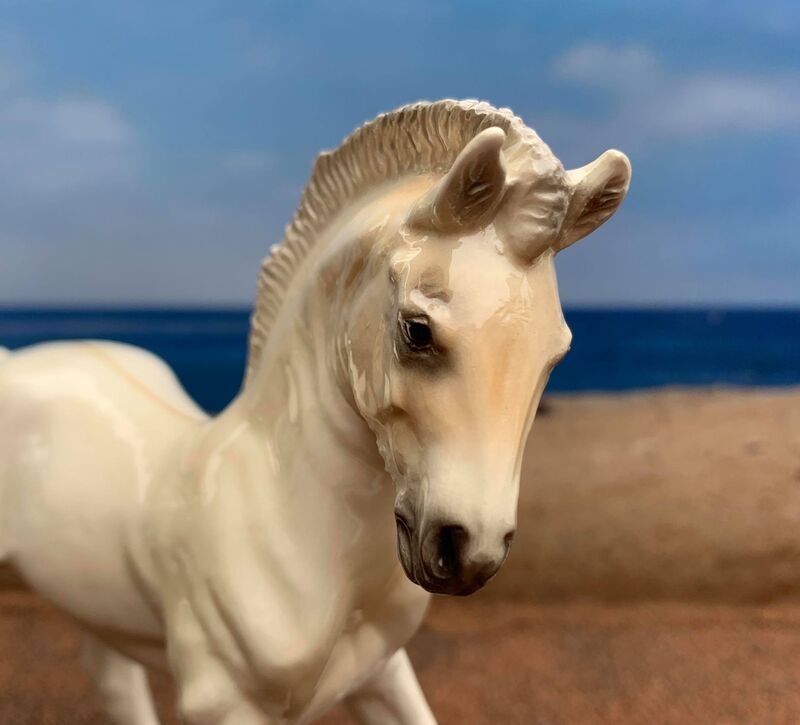 The foal above is the first Tesla bisque cast by Joanie, and was in the last kiln load she ever finished. 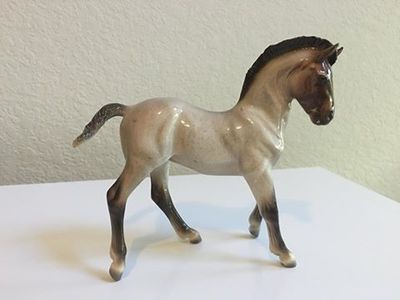 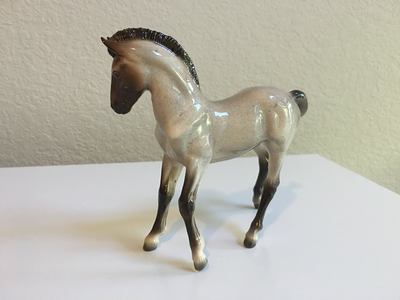 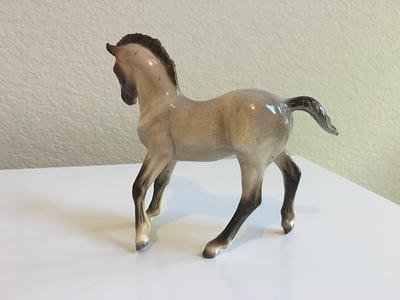 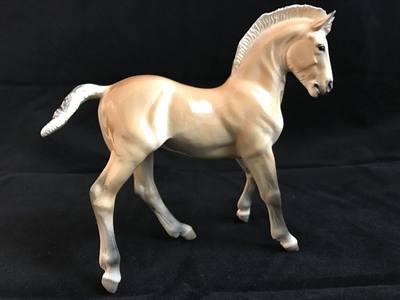 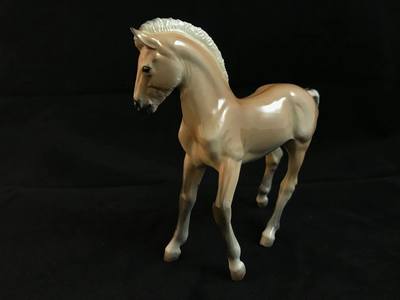 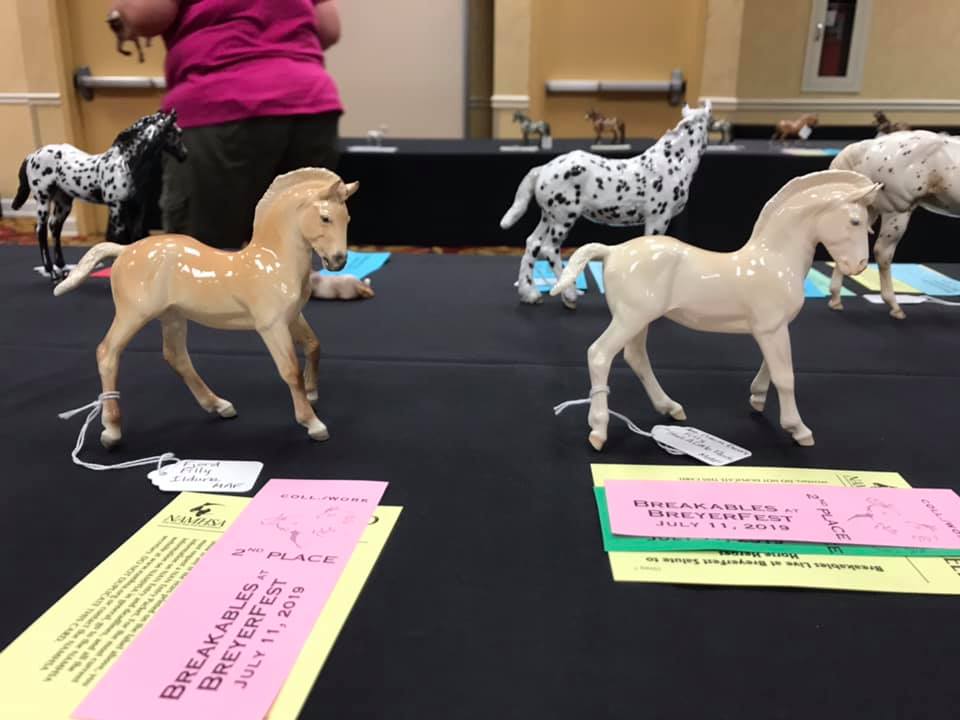 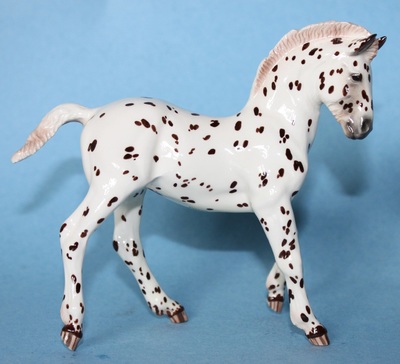 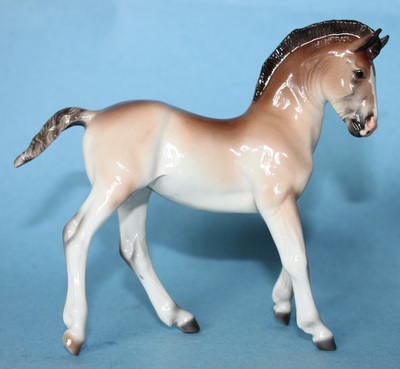 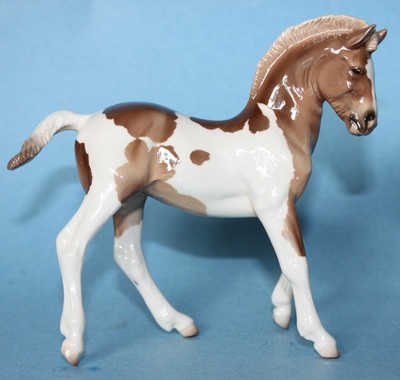 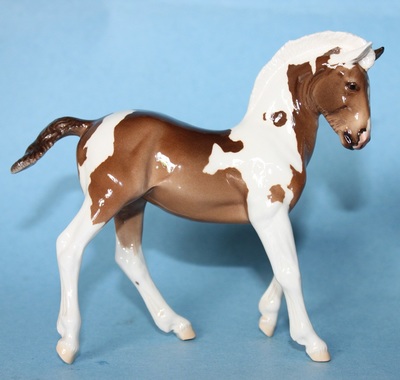 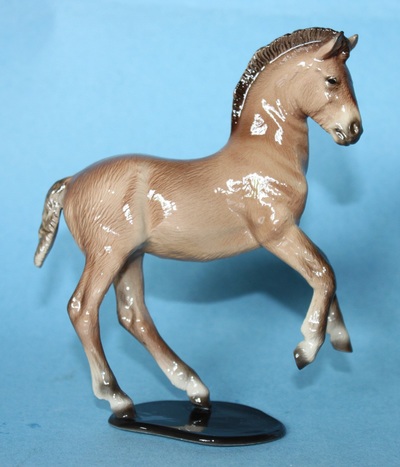 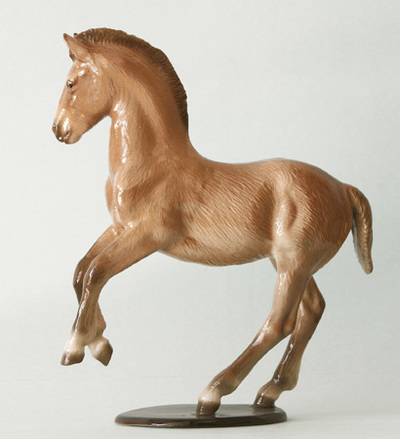 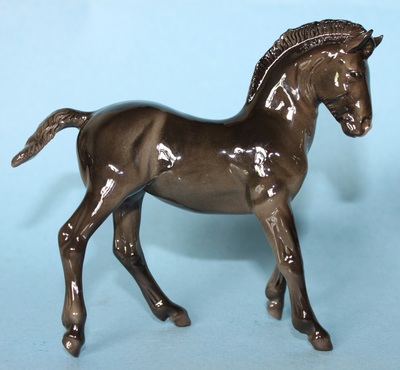 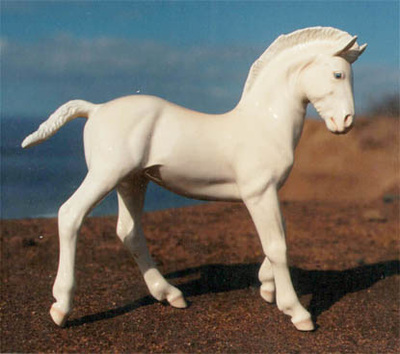 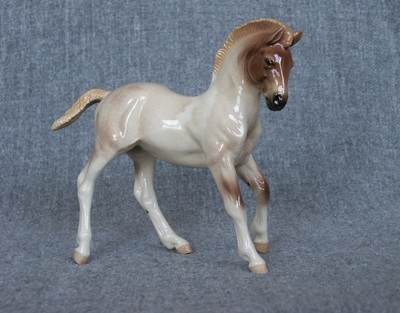